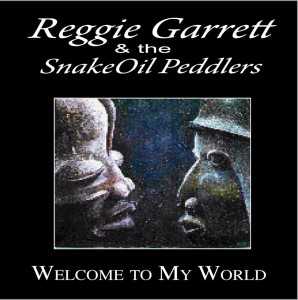 It’s a funny thing to not fit… As I think back I don’t think I ever really fit, at least not very well. Then again, I suppose we all don’t really fit, somewhere, sometime. I think it’s a pretty common thing – after all, we are all individuals, no two exactly the same.

It’s just that some are better at hiding it or navigating the maze with a bit more style than the rest of us.

As a musician (and particularly a Black musician) it does matter or it can matter – that is if you are interested in any kind of popular acceptance and success. Historically, in this society, we’ve been held to a much more rigorous (and exclusionary) definition of exactly what kind of music we are supposed to produce. There are things we are supposed to do and things we just are not supposed to. That’s not so true these days, but it hasn’t always been like this.

I recall submitting my music to a large, well-known record company back in the day. A few weeks later I received a letter from them, informing me that my submission had been forwarded on to the company’s Black Music division. Well, yes, I did include a photo in the packet and, yes, I am Black.

On the other hand, I’m fairly certain you wouldn’t have heard any of that music of mine on Funk, Soul, R&B or even Jazz radio (those of you who know my music would certainly understand). After seeing the picture, did anyone even bother to listen to the music?

And, of course, it didn’t fit.

Hmm… Black man with an acoustic guitar. What could it possibly be? Blues? Reggae perhaps? End-of-Story?

I’m reminded of the performer Sixto Rodriguez, profiled in the movie, “Searching for Sugarman.” At one point in the flick, a music industry executive thinks about the time and money they had put into promoting his album and wondered aloud why he didn’t make it. It was a mystery. No mystery. He was a Black musician (well, Black enough) producing the wrong kind of music. The whole picture just didn’t fit.

Restoring The Faith With Music

At one point I had enough. I was fed up with the categories and stereotypes (some) people constantly tried to force on me. Are you sure this is Black enough? You should try to be a little more Black! Some of this even from my Black friends! 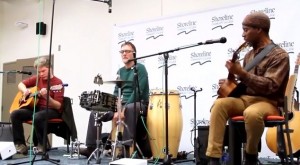 But as my sister Lory said, “Society tries its best to limit us. Why must we always limit ourselves?” I’ve never wanted to limit myself. So I wrote a song about it. Like to hear it? Here it goes (apologies to David Alan Grier)! It’s called “I’m Not the One.”

Ironically, after all this time as Black music goes, it probably fits. Oh, well… Check it out sometime!

One Response to “Breaking The Black Musician Mold”

Leave a Reply to Alan