In Praise of Miscegenation…

As I sit and write this I’m listening to Ray LaMontagne’s “Beg Steal and Borrow”. It’s a great song – reminds me of a lot of the kind of stuff I grew up listening to. Oh, yeah… I grew up in southwestern Ohio, in Cincinnati. In those days there was a whole lot of Country & Western music flooding those airwaves. There was really no way to avoid it. I heard a lot of it – usually against my will (I didn’t particularly care for it – in those days). Over time, though, I grew to enjoy it along with lots of other kinds of music…

Anyway, back to Mr. LaMontagne: It’s an interesting thing to contemplate… a White singer-songwriter doing Country style music (and doing it very well, by the way) with an occasional foray into Nouveau Soul or the fringes of Rock and Jazz. Or, consider an all Black hard rock band (Living Color) demolishing the sonic spectrum as only White rockers were supposed to (Vernon Reid is still one of my favorite guitarists). Or White boys from the deep South picking up their instruments and going into the studio and creating the sound that came to define Black Soul music in the 1960’s!

By the way, if you haven’t yet you should see the movie Muscle Shoals!

On the other hand I would say that to me, that is what America is really about – lots of different kinds of people coming together, meeting, mixing, trading, borrowing, blending and creating something new, something that hasn’t been before.

Frankly, I get tired of those who keep trying to tell us what is “American”, as if it were something that came into being at a certain point in time, was codified and locked into position, and should never change. That seems to me to be the definition of “fundamentalism” (and I don’t mean religion, or at least not just religion) – the idea that at a certain point in history something became perfect and should never change (my thanks to Salman Rushdie for that). 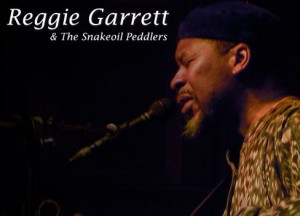 I think a lot about something Bill Murray’s character said years ago in the movie Stripes. While giving a pep talk to his unit of misfits he said we’re all Americans and wondered aloud what that meant. He then said that it means we’re all “mutts”! All our forebears were kicked out of all the best countries in the world (or stolen from them) and ended up here. Then all that trading, borrowing, intermixing and interbreeding of ideas and cultures (and people!) helped to create this thing we like to call America.

None of us is pure anything anymore (the first purebred dog of any breed began life as a mutt – think about it).

But then, here’s the good thing… everything that is American is part of you – it’s yours. If you’re American all of this is a part of you – James Brown, Elvis, Miles, Rock, Soul, Country, Blues, Jazz, Folk, Classical, Salsa, Rap, even (God help me!) Easy Listening and more – it’s all yours… and mine.

I, for one, would trade the loss of purity for all this – any day.

By the way, Happy New Year!