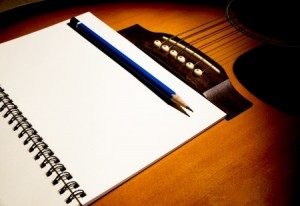 On Going for It…

John McLaughlin is one of my favorite guitarists. He was a stalwart on the British jazz scene before he gained international fame. At a certain point he was called in by Miles Davis to add a different sonic texture during the recording of “Bitch’s Brew”. I first became aware of him when I was in college back in New England. I was hitching from Williamstown down to Northampton to see my girlfriend for the weekend. For the last leg of the trip the driver was playing a cassette of McLaughlin’s, “My Goal is Beyond”, with his early acoustic version of the Mahavishnu Orchestra. Absolutely a revelation to me. Once I got to Northampton I ran to the nearest record store and bought the album. I wore that one out and I’ve followed him ever since.

With the electrification of the Mahavishnu Orchestra, McLaughlin became one of the prime innovators in the development of Jazz-Rock fusion. Throughout it all, there was almost always some kind of reference to Indian music. He touched on it, brushed up against it, dallied with the ideas for years. Finally, he reached a point of decision (or so it seemed to me) and decided to really do it. His band Shakti embraced the concepts to depths that the Mahavishnu Orchestra hadn’t, really. Their composition “India” is one of my favorite pieces of music of all time.

Taking that definitive step isn’t always an easy thing. Sometimes it’s difficult to leave behind what you know so well (and are comfortable with) and strike out into the unknown. In some cases you might not even be aware that you can take that step. Or, perhaps you just progress by degrees until you arrive at a certain point and say to yourself, “Well…why not?”

I played guitar for a number of years, always learning and playing songs written by others, covers of current pop and traditional songs. It never occurred to me that I should try to write a song – that I even could write a song. That was the particular turf of songwriters, and I was not a songwriter.

The Road To Writing

Interestingly, I do remember the exact moment I decided to write. I was living in New York sharing a loft in Brooklyn down by the waterfront. It’s an area that’s now known as DUMBO, a pretty affluent and swank area of Brooklyn – but it wasn’t nearly so swank when our little community of artists first began to inhabit the empty factory spaces. As a matter of fact it was a downright scary place in those days. At any rate I’d just gotten a pretty good chunk of money from my tax return for the year and wondered what to do with it. My mother, in her wisdom, pointed out that I had never had a real acoustic guitar, so I should buy myself one. I did.

I remember cradling it on the way home on the subway. I remember what it felt and smelled like when I lifted it out of the case, and what it felt like to hear the reverb and echo around that large space when I played it (we had a pretty good sized loft). I’d had plans to go hear X (my favorite Punk band) at the Peppermint Lounge that night. I ended up staying home and playing that guitar almost all night long.

Early in the morning, before sunrise, I remember sitting back and thinking about some of the music I liked. I eventually began to think about songs I would like to hear…

Then, from somewhere in that pre-dawn gloom a voice said, “Well, why don’t you…?” 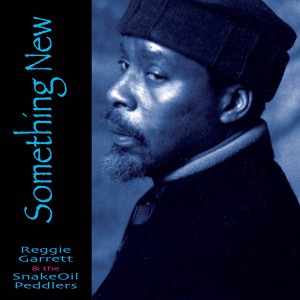 It’s odd to think that at the time the thought actually scared me a little. It was as if someone had opened the cage door and said, “Go for it!” Even if you really want to step out and be free, something like that might not have ever happened before and you’re not quite sure what it really means or, for that matter, if it’s something you can do. Am I even good enough to do this thing? What if it sucks?

In the movie “Hollywood Shuffle”, the character Bobby Taylor feels doubt about his ability to make it as an actor in Hollywood. He asks his uncle, “What if I’m just not that good?” In reply his uncle poses a great question of his own: “Yeah…but what if you are that good? What if you are?”

Well, I took the plunge and I wrote my first song that night (poetically, as the sun came up over the City). I’ll be honest here – I was consciously trying to rip off the mood of “Down to the Waterline”, by Dire Straits. My song was entitled “Brooklyn Love Story”, and it’s probably better left lost in the mists of time – it was my first effort, after all. Perhaps a better song choice would be “Come & See Me” from my CD “Something New”. Hopefully, I’ve gotten better over time…

And so, these days, among other things I am a songwriter. Never planned on being one – it just kind of happened. I arrived at that certain point and just decided to try. It reminds me of something my writing professor used to say: “What’s the difference between writers and non-writers? The difference is that writers write.” So, get up off your butt (or sit down, as the case may be) and write! And if you’re not too sure about it, ask yourself “What if I am that good?” Well, what if you are?